Bilingual care from the beginning

Scientific studies clearly prove the wide-ranging advantages of a bilingual early childhood. Therefore Joki has decided to offer the successfully introduced bilingual care, throughout all crèche and kingergarten groups, as from September 2015. In particular the child brain up until its sixth year has a natural capacity for several languages. The earlier the child comes into contact with new languages, the more naturally the child handles them and develops further capabilities. Resulting advantages are

improved language skills like often later an accent-free pronunciation of the second language,

more openness to new things and

generally a heightened awareness and ability to differentiate.

In each group we are planning to have 2 German speaking and one non-native speaking carer. Our teachers consistantly speak either German or English. Following the Immersion method (the casual acquisition of a foreign language through contact in everyday life in a non-native speaking environment), the children are automatically immersed in a second language and relate to this without any assistance. Through the use of a second language in everyday life and without special leaming objectives, the children develop a positive attitude to learning languages and a natural interest in foreign cultures. For these reasons we believe a bilingual education to be particularly valuable and we will be happy to advise you. Here you can find further articles on the subject “a bilingual early childhood”: 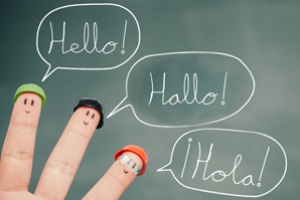 How Bilingualism Boosts Your Brain, Source: The Huffington Post

Why Bilinguals Are Smarter, Source: The New York Times

The Cognitive Benefits of Being Bilingual, Source: The Dana Foundation